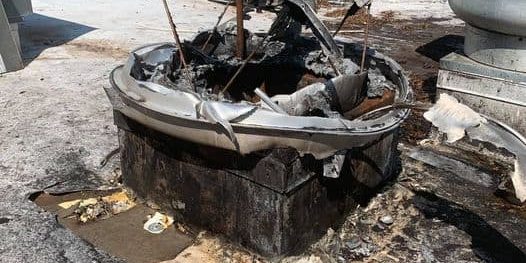 After closing for 19 days following a kitchen grease fire that broke out after hours on the night of Aug. 9, Sweet n Savory Cafe has reopened for business.

Owner Rob Shapiro said the fire resulted from an effort to start up an older piece of kitchen equipment, which then caught fire. The fire spread to the restaurant’s hood system where a fire suppression system was activated, but ultimately the kitchen grease fire was put out by the city fire department.

Shapiro said he is grateful that the fire department was able to respond so quickly and that it was contained within the kitchen, particularly because a number of upgrades to the dining area have recently been made.

He said he was also grateful for the education the fire department provided in regard to the prevention of kitchen grease fires.

“It didn’t come across as a lecture,” Rob Shapiro said. “I was truly grateful for the time they took to talk with me about maintaining hood systems.”

Shapiro said that they had to install a new hood system and ductwork.

He said that he and his team were determined to make the best of a bad situation and used the time in which the duct and hood system was being replaced to tackle some much-needed repair work in the kitchen. They painted, replaced the flooring, and upgraded the plumbing and electrical systems.

“We were very excited to reopen and are grateful for all who showed up this weekend,” Shapiro said.

Kitchen grease fires are undoubtedly the worst problem that a cafe or restaurant can encounter. Recovering from such an event can take some time, and includes the loss of restaurant income, inconvenience to loyal patrons, loss of staff (e.g. chef, etc.) during repair works, or staff wages and much more.

With lots at risk, it’s simply just a matter of seeking out the right advice from reputable companies and checking works performed by your contracted hood cleaner. Engaging or seeking advice from consultants and keeping up to date with new products and innovations entering the market can also assist with the burdens or managing kitchen exhaust grease.