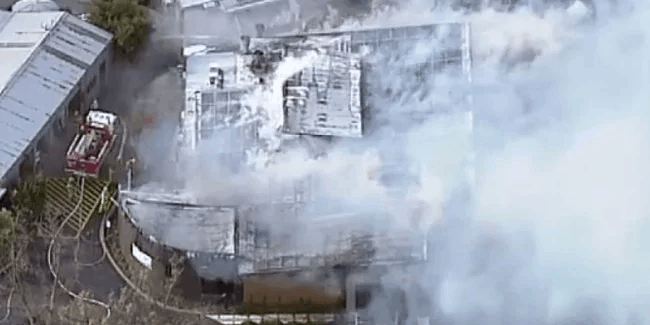 Restaurants have always battled the grease build-up cycle within kitchen exhaust systems, which includes the filters, hood/canopy, ducting and the kitchen fan. Grease accumulations on rooftops from leaks from the kitchen exhaust fan often cause extensive roof membrane damage and what’s more, has the potential to create an uncontrollable fire hazard like the one that follows:

A kitchen fan fire has gutted a restaurant at a Yarra Valley vineyard just three weeks after it reopened. The blaze at Balgownie Estate in Yarra Glen broke out in the kitchen of Ray’s Restaurant just before 11am on Thursday. No one was injured in the large fire, which was attended to by 14 CFA crews and brought under control about 1pm.

It had reopened on June 5 with the easing of coronavirus restrictions.

“We’re really fortunate that staff were able to self-evacuate,” the spokesman said.

The 60-by 40-metre restaurant was extensively damaged. Footage from the fire shows parts of the roof of the building collapsing, and smoke plumes billowing over nearby properties. 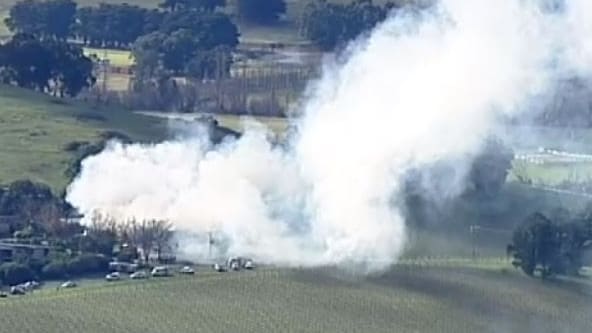 “The fire was contained to that one restaurant/cellar complex,” the spokeswoman said.

Two CFA vehicles remained at the scene at 4pm to help mop up according to The Age.

A spokeswoman for the winery said accommodation at the estate had not been affected and would be able to receive guests from this Saturday again.

She also said other restaurants and vineyards in the valley had offered to feed overnight guests at Balgownie Estate until restaurant facilities were rebuilt.

“Everyone’s banding together; that’s’ the spirit of the Yarra Valley,” she said.

Authorities do not believe the fire is suspicious and are investigating staff reports it started in a kitchen fan.

According to the Coldstream CFA Fire Brigade, crews had indeed responded to a “kitchen fan fire spreading through (the) building”.

Over 90 per cent of all restaurant fires are due in part to kitchen exhaust grease and oil. A spark can travel through the exhaust system to the roof surface resulting in extensive damage to one’s property and investment just like in this story.

Current metal grease filters only stop around 20 to 40% of the airborne grease, allowing the majority of this hazardous substance to build-up inside the remainder of the system, including the fan.

Investing in Shepherd Filters protects and reduces the need for costly filter, hood, duct and kitchen fan cleaning. Stopping up to 98% of airborne grease right there at the filter, businesses large and small can drastically reduce the need for inner canopy and duct fan cleaning. One’s fire risk is therefore almost eliminated and as Shepherd Filters are made from pure Australian wool, they are naturally fire-retardant. Our disposable kitchen grease filters have been put through the most stringent testing for UL1046 which is part of the new Australian Standards.

Contact us today to see if we can help your business!

Wool in the Kitchen – Useful Facts Worth Considering
May 19, 2020
RECENT POSTS
Go to Top
Translate »