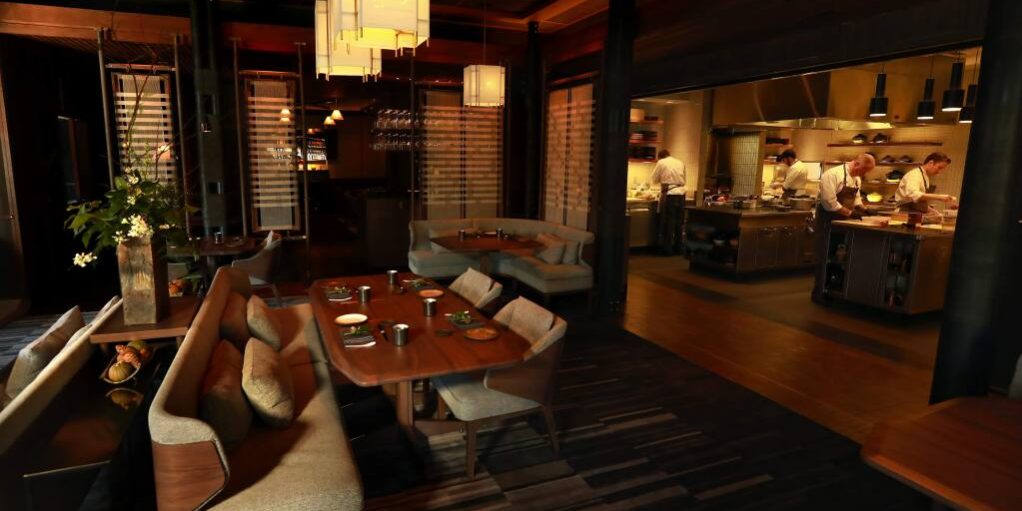 A fire that escaped the Single Thread restaurant’s hood system and was visible from the roof was quickly extinguished by the staff and Healdsburg fire crews Friday night.

Restaurant patrons were evacuated from the three-story, upscale eatery located at 131 North St. near downtown before firefighters arrived at 10:45 pm, four minutes after the call.

“By all accounts the staff did a really good job of keeping everything contained and calming everybody,” he said. Sullivan said his crew found smoke and some smoking insulation inside, according to the Press Democrat.

“(The fire) had come out of the rooftop through pipes coming from the (kitchen) hood,” he said. “We found some superheated ducting; overheated grease could have caused it to ignite.”

Crews cooled the entire ductwork from the third floor all the way down, Sullivan said. A thermal imaging camera showed the fire in the ducts reached 600 degrees.

A damage estimate for the iconic farm restaurant, which has a rating of three Michelin stars, will have to wait until Healdsburg building and health staff evaluate the smoke condition and whether any of the floor and wall coverings are carcinogenic and need to be removed, Sullivan said.

Ducting will likely have to be replaced and the kitchen cleaned up so it may be some time before Single Thread can welcome back customers, he said.

When a restaurant is located in a larger building or complex, the risks increase exponentially. Duct fires can be intense and reach temperatures of 1,000°C within minutes – hot enough to melt some metals and ignite surrounding combustibles.

Fire statistics from Australia, the UK and the US show that fires in restaurants predominately occur in kitchens. The ignition of cooking materials accounts for almost half of all commercial kitchen fires and almost all of these (90 per cent) get into the kitchen hood exhaust system. Many restaurants never re-open after suffering a fire loss. Insurance policies may exclude claims related to uncleaned or grease-laden exhaust ducts. Insurers are aware of these fire risks – are you?

The single most important thing you can do to keep your systems safe is to regularly inspect and keep your kitchen exhaust hood ventilation system free from grease.

If you think your system does not meet current standards or represents a fire risk, you should contact SHEPHERD FILTERS to arrange an obligation-free fire risk assessment.