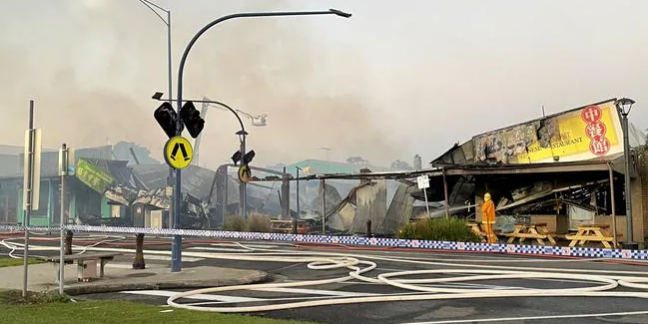 A south-west Victorian motel was evacuated in the early hours of Wednesday morning after three neighbouring shops caught fire.

The cause of the fire, which lit up the night sky in the popular tourist spot about two-and-a-half hours west of Melbourne, is not yet known.

Emergency services were called to the town’s main street at 3:17am following reports that a restaurant had caught fire.

The embers spread to neighbouring buildings, destroying three shops according to the ABC.

Guests were evacuated from a motel next door to one of the buildings and nearby residents also left their homes.

VicEmergency issued an advice-level alert for the town before the fire was brought under control more than three hours after firefighters arrived.

Eleven CFA crews fought the blaze at its peak and were backed up by Fire Rescue Victoria teams.

A hazmat unit was also called in to assist with chemicals found in one of the buildings.

Photos from the scene show the town’s Chinese restaurant and fish and chip shop on fire, with reports the neighbouring hardware store was also impacted. 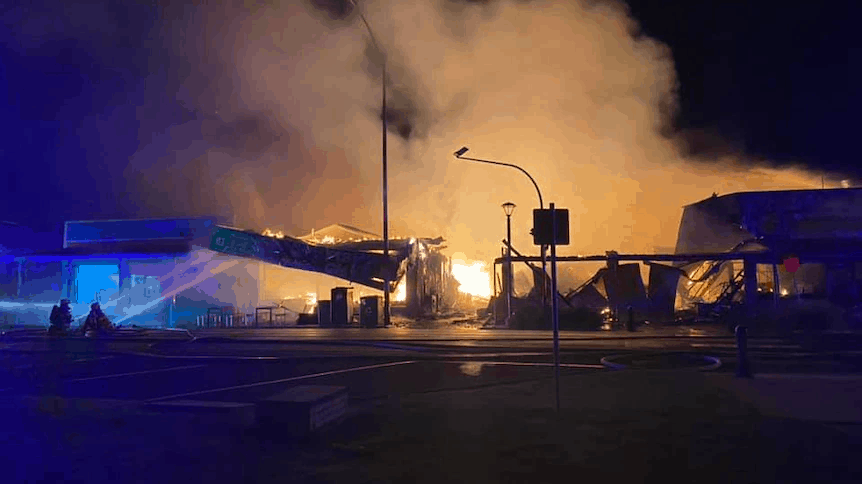 All up, 11 CFA vehicles responded to the blaze, which was declared under control about 6.30am.

Restaurants, cafes, and other eating establishments are workplaces that are at high risk from fire. This is due to the environment with the potential of combustibles in close proximity to hot surfaces and open flames. The most common fires involve unattended cooking, overheating of cooking oil or fat, and the ignition of fatty residues within range hoods and ducting. Grease fires, gas leaks, and faulty wiring lead to more than $200 million in property damage annually.

Though time-consuming, regular upkeep is key to preventing most restaurant fires.

As the leading cause of restaurant fires, cooking equipment should be cleaned and regularly maintained to prevent these fires from occurring. Restaurant cooking equipment is different from equipment in your home and requires a lot more maintenance. Fast food establishments and other facilities that perform a lot of grilling and frying produce an average amount of 70 to 115 kilos of grease per week and up to 450 kilos per month! This means they need to be cleaned and maintained frequently to keep their fire risk as low as possible.

Your kitchen exhaust hood system should be your top priority when cleaning because these are the systems that remove the heat, smoke, and grease vapors that accumulate during cooking. By properly degreasing your kitchen grease filters, exhaust hood, fan, and ducts, you minimize the highly flammable grease that builds up in these systems.

Better still, keep the kitchen exhaust system cleaner for longer with the help of Shepherd Filters, which capture up to 98% of airborne grease before it enters the system.